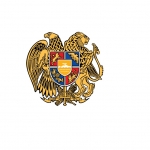 We strongly condemn the shooting down by the Azerbaijani armed forces of MI-24 helicopter of the Nagorno-Karabakh Defense Army during a training flight.

Before and after every high-level meeting on the resolution of the issue, Baku is resorting to new provocations to undermine the negotiation process, the efforts of Armenia and the international community aimed at exclusively peaceful settlement of the conflict.

The Azerbaijani side is grossly violating the commitments on the peaceful resolution of the conflict reached during the recent summits.

Such a criminal provocation demonstrates that Baku is not only ignoring the appeals of the OSCE Minsk Group Co-Chair countries, the international community on non-use of force, consolidation of ceasefire, implementation of confidence-building measures, but is acting contrary to them bearing full responsibility for the escalation of the situation.