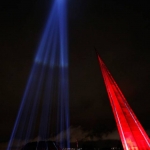 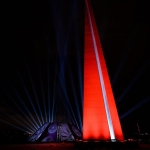 Armenians around the world commemorated the 105th Remembrance Day of the victims of the Armenian Genocide.

At the heart, for all Armenians, this year marks another year passed in the absence of real justice for the perpetrators of the Armenian Genocide, as the international call for righteousness has not been addressed nor delivered through the international criminal and judicial courts.

The Republic of Turkey, as the successor state, and the inheritor of historic responsibilities for genocidal crimes committed in the past has yet to recognize, and apologize for what it did in the past and thus the Armenian nation continues its pledge to Remember and Demand.

Armenians believe the unilateral recognition of the Armenian Genocide by all UN member states is a matter of governmental, legal and moral global agenda because April 24, 1915, signifies a day of commemoration of a major crime committed against mankind and against humanity, a day of declaration for the fight against past and future genocides enacted, perpetrated, covered up or denied. A day of obligation to prevent crimes against humanity.

Due to the premeditated, state-sponsored Genocide committed against the Armenian citizens of the Ottoman Empire, Western Armenia was completely emptied of Armenians. 1.5 million innocent civilians were uprooted, killed, and annihilated, hundreds of thousands of Armenians became refugees, denied the right to live in their historical homeland.

Additionally, due to the Armenian Genocide, besides human suffering, the Armenian people also endured the ensuing ethnic and cultural genocide, with the continual loss of their homeland, millennia-old origin, birthplace, ethnic culture, geographic traditions and connection to their land and family history. The loss of spiritual and religious heritage has also since been irreparable.

Due to the current restriction of the Covid-19 pandemic, global commemorations were observed solemnly at homes all around the world in order to comply with the social distancing norms of the current contagion, yet millions of Armenian families worldwide marched their traditional April 24th pan-Armenian marches for justice virtually and digitally, through candlelit vigils in their own homes and balconies and by tuning in to the live coverages of cultural recitals for remembrance organized by the Government of the Republic of Armenia at the solemn and touching structures of the Tsitsernakaberd; the Armenian Genocide Memorial Complex.

105 years after the Armenian Genocide the reborn Armenian nation still remains united and determined in its pursuit of recognition and justice. The 24th of April is a symbol of national unity and consolidation which grows stronger, and more visible year after year.

We Remember and Demand!

All images courtesy of https://www.facebook.com/YerevanCityHall